The Good is a Big God 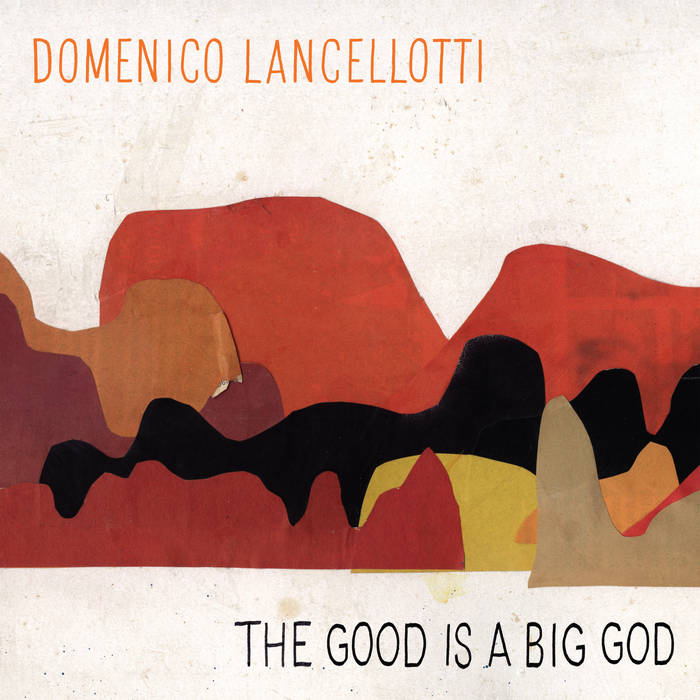 Todd Leiter-Weintraub Imagine, if you will, Caetano Veloso jamming with The High Llamas.
If you have any idea what that might sound like, you will love this record.
I do.

“Working with music is crazy,” multi-instrumentalist Domenico Lancellotti recently said in an interview. “God be crazy. Out of fear.” He’s right. To do anything creative is to exist outside your body, to teeter between reality and sanity. Full-time creativity requires God, fear, and intensity: you have to exist in whatever space you occupy, surveying the scene while remaining on the periphery of it. It’s from this mindset that Domenico created his new work, The Good is a Big God, a 14-track collection of reflective samba that first took shape almost six years ago.

Domenico was asked to take part in an artistic occupation in the city of London during the 2012 Summer Olympics. There, he reunited with famed British musician Sean O’Hagan—whom he’d met a few years prior during a show that paid homage to Tropicália. Before he left for London, Domenico sent O’Hagan a few musical sketches he’d done on guitar; by the time the Brazilian made it to the U.K., O’Hagan had string arrangements to accompany Domenico’s music. “We recorded nine songs that served as the soundtrack for my final Rio-Occupation project—an art film called Soundistante in a big exhibition,” says ​Domenico a renowned drummer with the likes of Gilberto Gil and member of the now-defunct the +2s. The musician added lyrics to some of these songs once he returned to Brazil. His friend and label mate Kassin helped​ Domenico write the words for “Insatiable,” and O’Hagan wrote the lyrics for “Logo.” “There was a record ready!” Domenico recalls with excitement.

The Good is a Big God is also partially inspired by a trip he took with his wife to a Brazilian national park called The Serra dos Órgãos. They rented a house and went climbing, which inspired four other songs: “A Alma do Vento (The Soul of the Wind),” “Volver-se (Turn Back),” “Dama da Noite (Lady of the Night)” and “Pare de Correr (Stop Running).” Listening to these songs, one can hear a sense of isolation and oneness with nature. It’s the type of art that arrives in a calming stream of thought, when it’s just you and God in conversation with one another. That focus also peppers a track like “Arvores, (Trees)” an airy folk-influenced tune that feels remarkably wide open and scenic, as if Domenico is surveying heaven, looking toward brighter days. In what might be the bleakest time in modern politics (and the world at large), The Good is a Big God is a much-needed respite from the rigors of everyday life.

A large-scale recording with grand implications, the album’s subtle nuances and insightful words only strengthen Domenico’s stature as one of Brazil’s most forthright Tropicalia musicians, and as a person who has the audience’s best interest at heart. He wants us all to love, to look up and embrace the sky, to forge ahead with a hug and a smile. “From the Olympics to the Olympiad, I witnessed a lot,” Domenico concludes. “The world ends and resumes every day. I got a star in the form of people who now walk beside me. I know that work never ends, but for now that’s it.” Fellowship isn’t crazy. That’s what God intended. — Marcus J. Moore

Bandcamp Daily  your guide to the world of Bandcamp